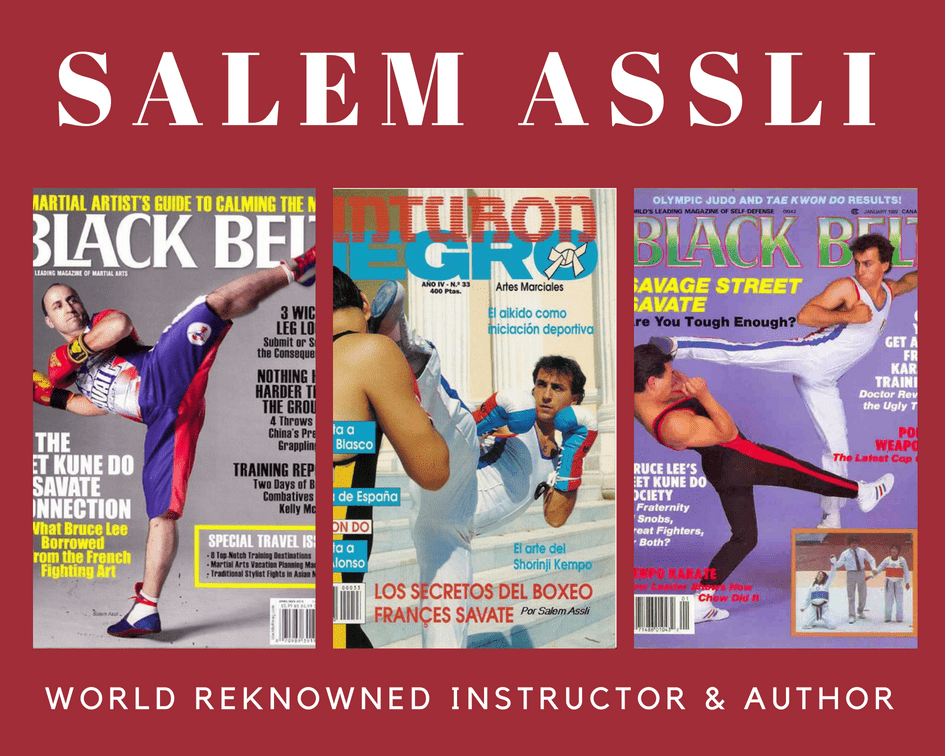 Professor Salem is a full instructor under Guro Dan Inosanto and one of the most respected instructors and practitioners of Savate in the world. Savate is a diverse art that focuses on using the feet much in the way that western boxing uses its hands. In two days Salem will be going over the basics of Savate, some of the history, footwork and combinations. Salem will also be holding glove tests on Saturday evening and Sunday morning for those who would like to attempt Glove Grading. Stop by the office for more information.

Below is an amazing demonstration from one of Professor Salem’s Savate instructional DVD series. We don’t wear the tights!

Please enjoy a short bio converted from French and edited below.

Born on December 2 in Lille (France), Salem Assli began his career in sports with football and gymnastics and competed actively 8 and 16 years of age.  In 1973, he discovered martial arts through movies and fell in love with the films and especially those of Si Jo Bruce Lee. Like many teenagers this discovery greatly influenced his life.  At the age of 23 he traveled to the United States to train under the tutelage of his mentor to this day, Sifu / Guro Dan Inosanto. He became the first and only certified and qualified French full instructor Jun Fan Gung Fu (Jeet Kune Do) and Filipino Martial Arts (Eskrima-Kali-Silat).

Few people know Salem Assli was also the first person from the Inosanto International Instructors Association to pass the instructor test for the Thai Boxing Association of America under Ajarn Chai Sirisute!

Admiring the quality of its kicking techniques, Dan Inosanto encouraged Salem to study French Savate Boxing in order to then teach students the IAMA. After studying a book given to him by Guro Inosanto Salem went back to France and earned his Silver Glove first degree under the National Technical Director at the time, Mr . Bob Alix.  He finished first among the fifty students attending the summer internship in 1986 without ever having an instructor in that discipline!   The following year, he obtained a diploma in Los Angeles as Professor of BFS and the Silver Glove second degree with members of the French Team, whose famous members included Richard Sylla and Robert Paturel.  Salem was the first professor of French Boxing in the United States. 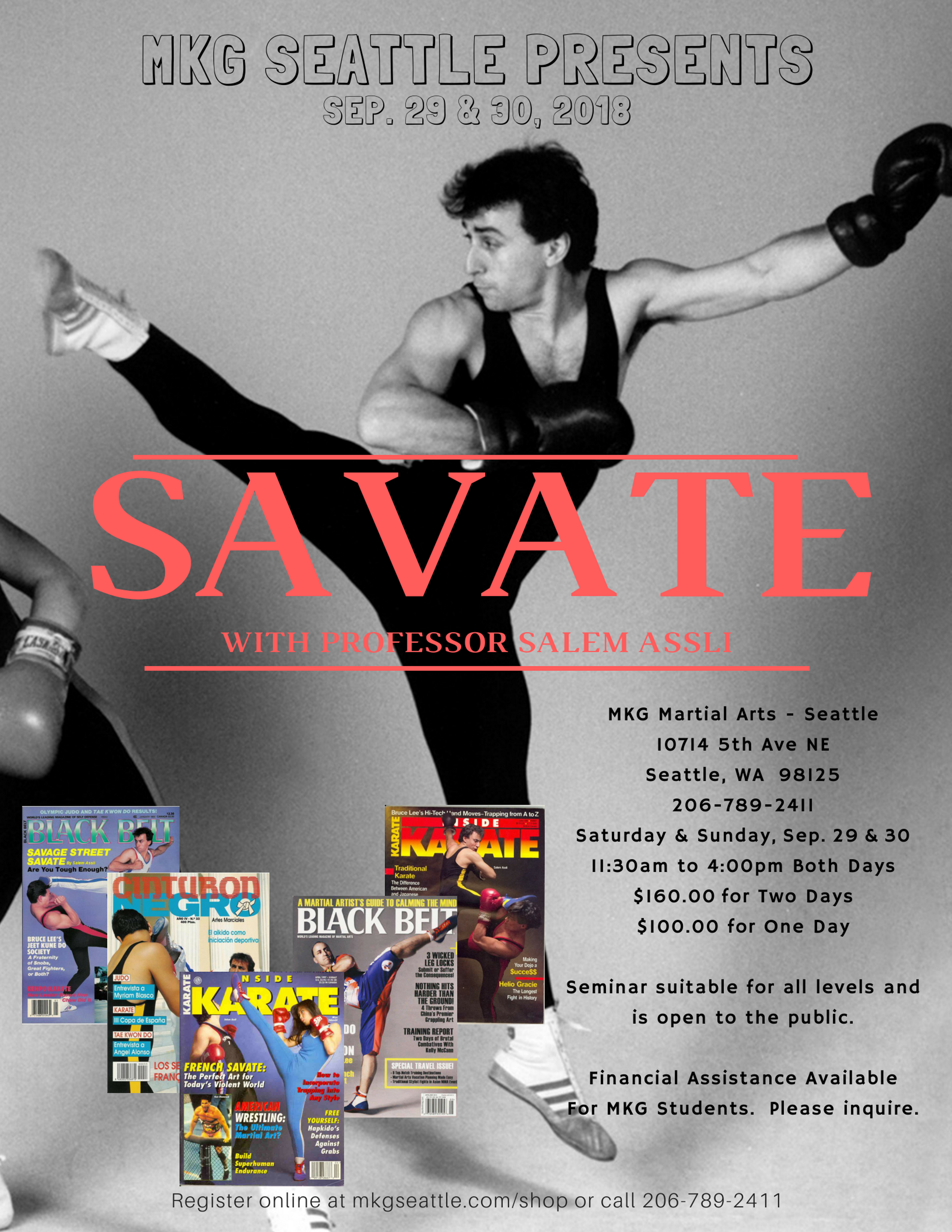